Wolfgang Tillmans – No Man Is An Island

I’m not feeling depressed today. I had a profoundly sad moment the evening before last when, leaving Tate Modern, I looked at the building and after sunset walked over the Millennium Bridge. Both were opened in 2000, both symbols of a new openness. That same month I was nominated for the Turner Prize for British art alongside two other non-Britons and one Briton. This was the new London that had been taking shape since the early 90s. The London that had self-confidently taken its place at the very centre of Europe. I looked at the yellow-red sky to the west and my eyes filled with tears, realising that this could be the final evening before a new era. That sixteen years later we should have got to a situation where half the population rejects this open and international spirit is hard to comprehend. This all happened when there was still the general feeling that the vote would favour remain.

The fact that, unlike many others this morning, I’m not feeling deeply depressed about the way the English and Welsh voted makes me realise that the sorrow I’d felt two days previously was the emotional manifestation of something that I had sensed for a long time; which Tony Blair put into words on 29 August last year in The Guardian. Blair who had completely lost touch with reality over Iraq, suddenly showed a moment of lucidity, as he wrote to fellow party members in an effort to persuade them not to elect the populist left-wing candidate, Jeremy Corbyn, as leader of the Labour Party. Reading the last paragraph, the hairs stood up on the back of my neck as Blair admitted that his generation would have to rethink everything, because what we are currently seeing is part of something even bigger: ‘But people like me have a lot of thinking to do. We don’t yet properly understand this. It is about to transform a political institution we spent our whole lives defending. But it is part of something much bigger in politics.
Because it is a vast wave of feeling against the unfairness of globalisation, against elites, against the humdrum navigation of decision-making in an imperfect world, it persuades itself that it has a monopoly on authenticity. They’re “telling it like it is”, when, of course, they’re telling it like it isn’t.’

Now ten months after Blair wrote these words, the first big wave has breached one of these institutions. He was writing about left-wing populism in his own party, but the larger picture is of course the more damaging right-wing populism, which yesterday’s vote is so much part of. We still have more of this to go through. The only thing that helps is not to lose courage, because what’s being attacked by populists is not in fact the real evil, instead it’s substitutes that get attacked – refugees, the UN, the EU, or simply politicians. It’s now the duty of us all to defend the pillars of the free world order that was created over the last 70 years. To hold the centre ground, and not to contribute to the centrifugal energies around us. And I know that we’re still the majority. 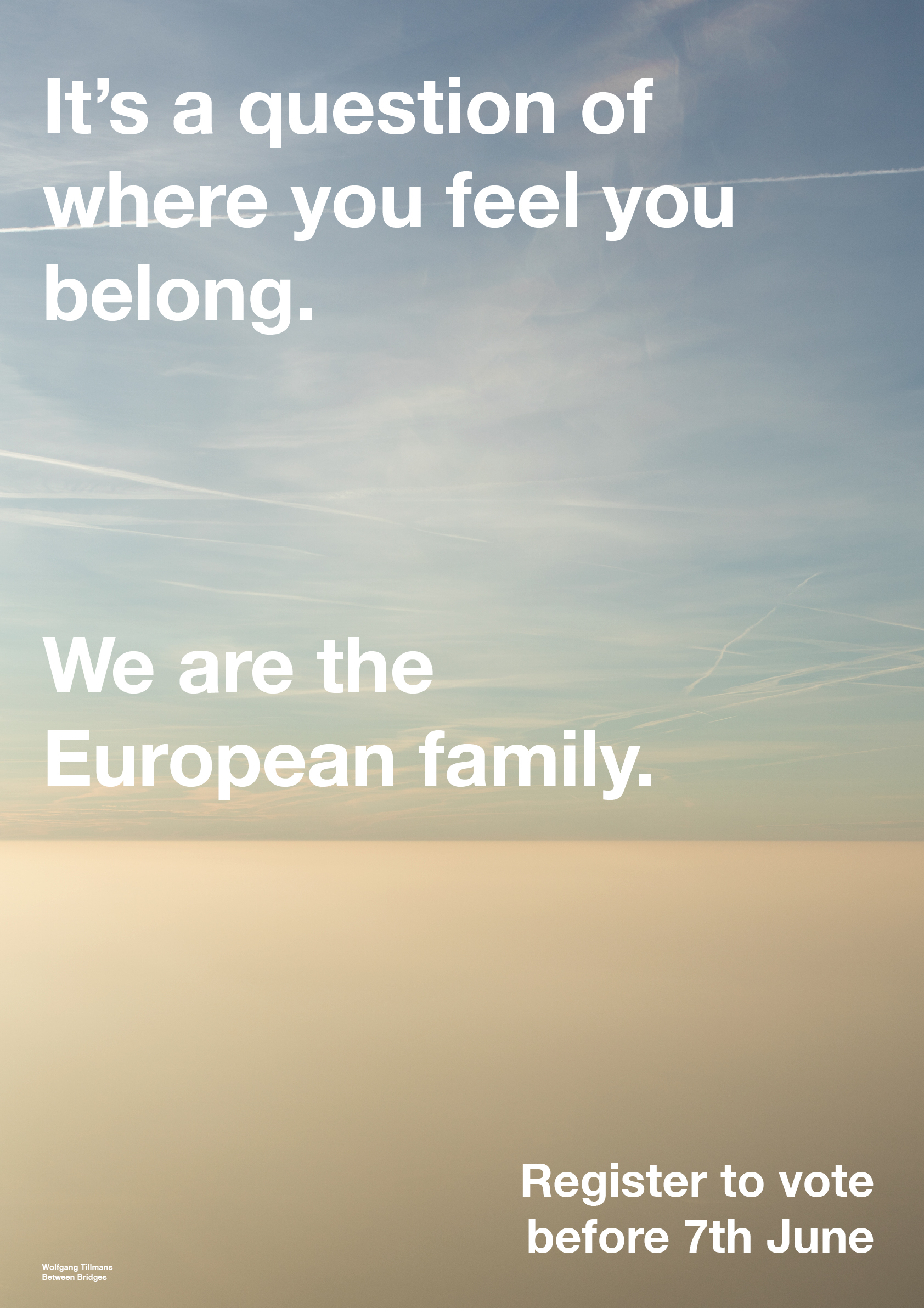 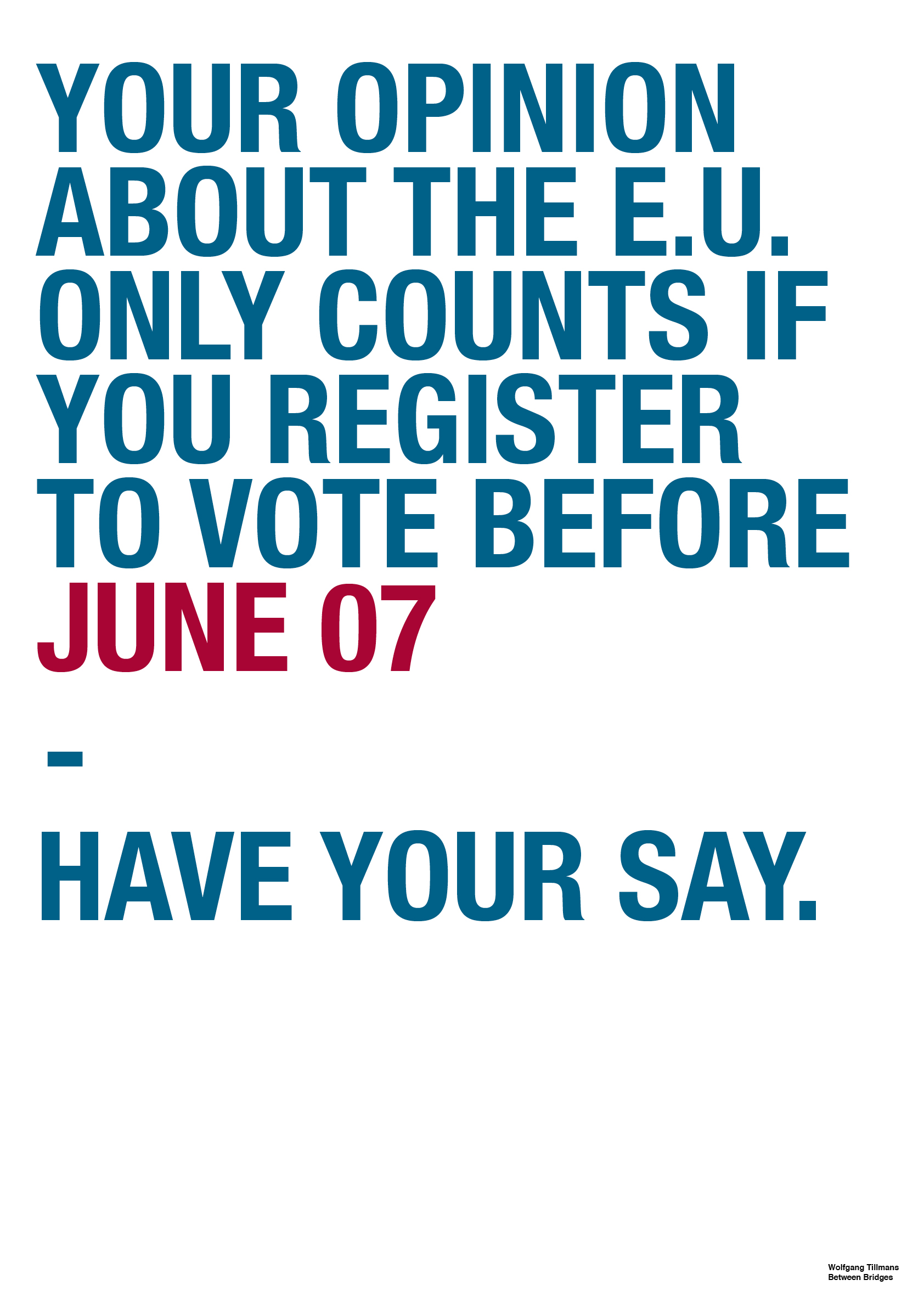 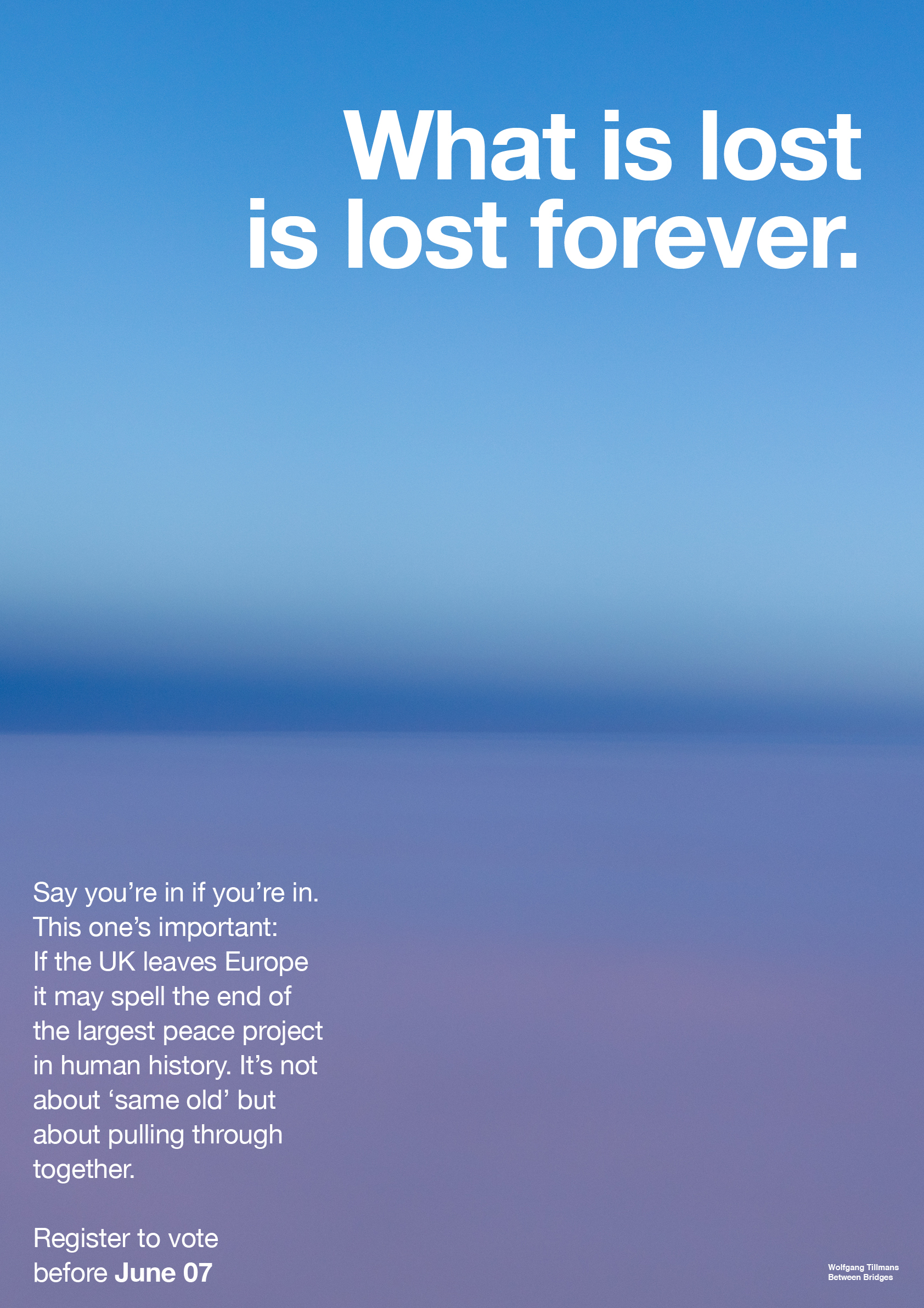 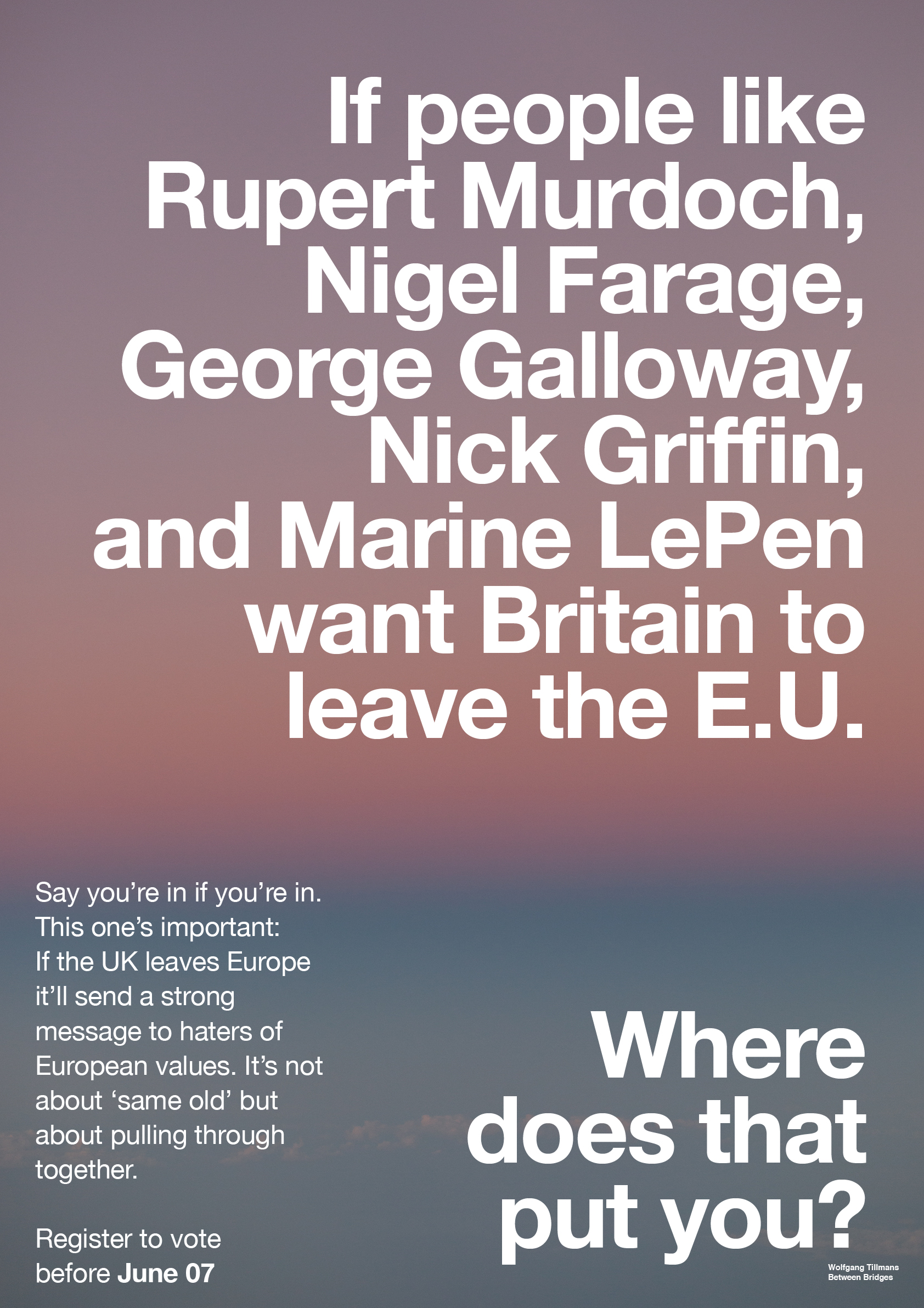 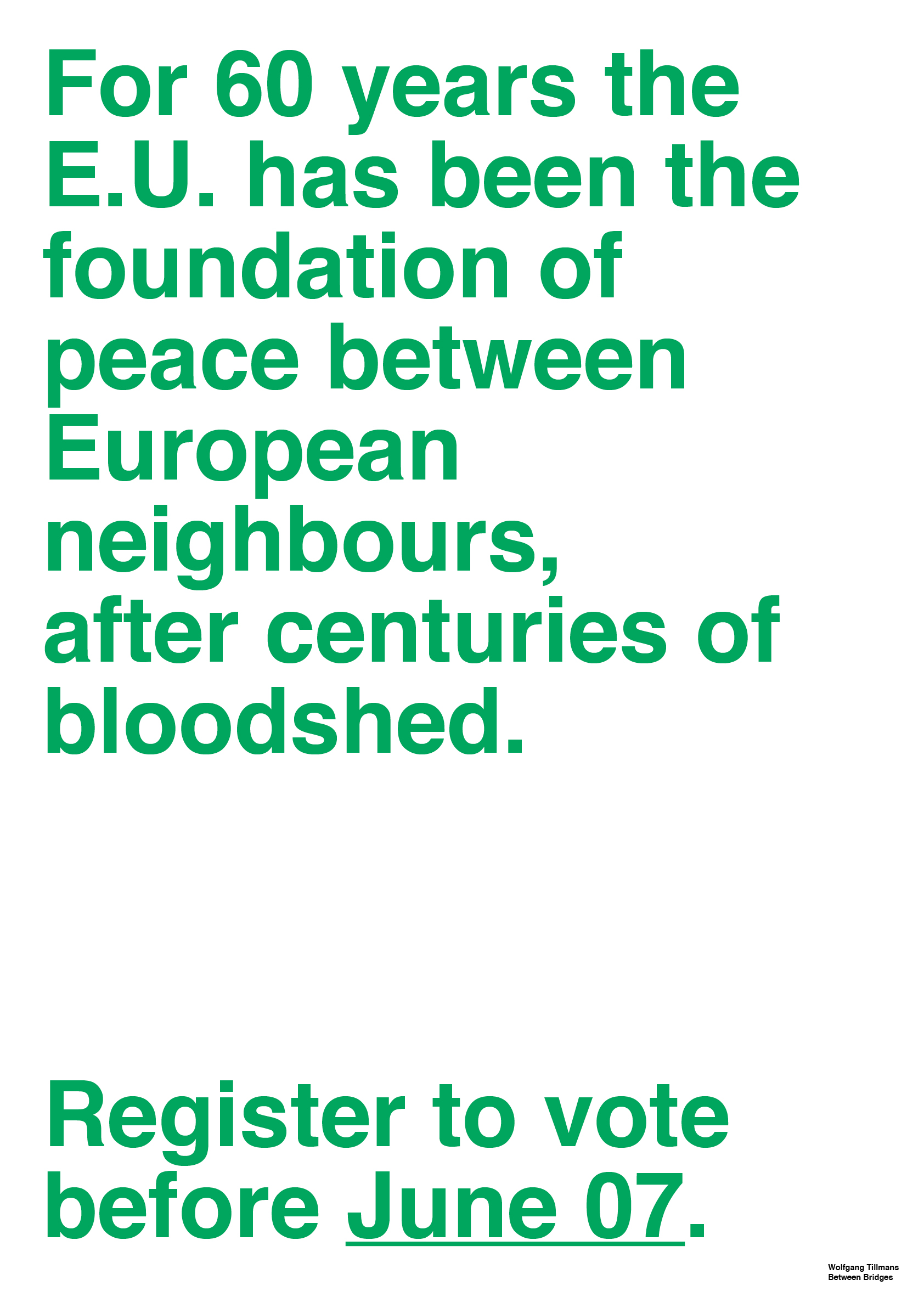 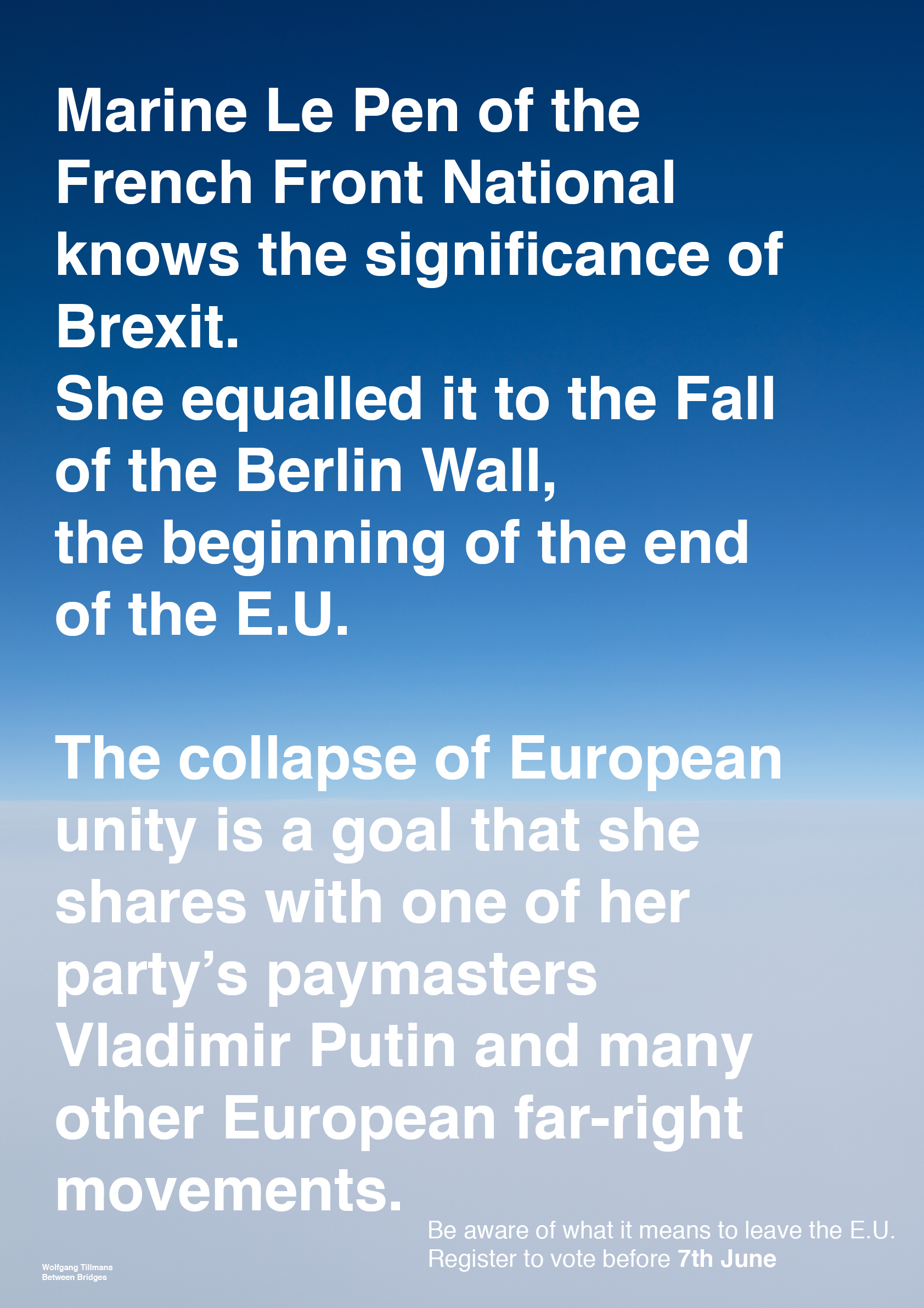 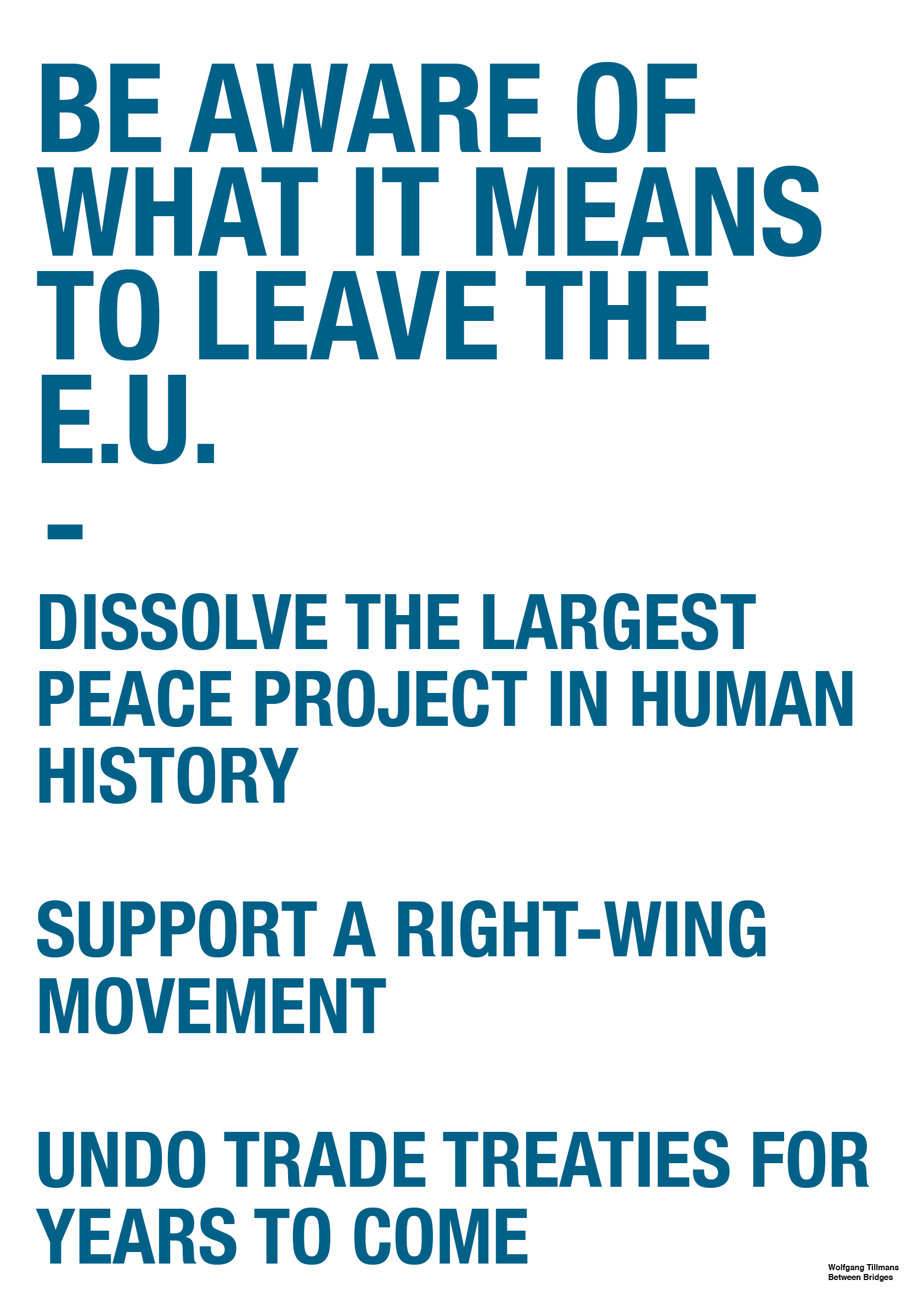 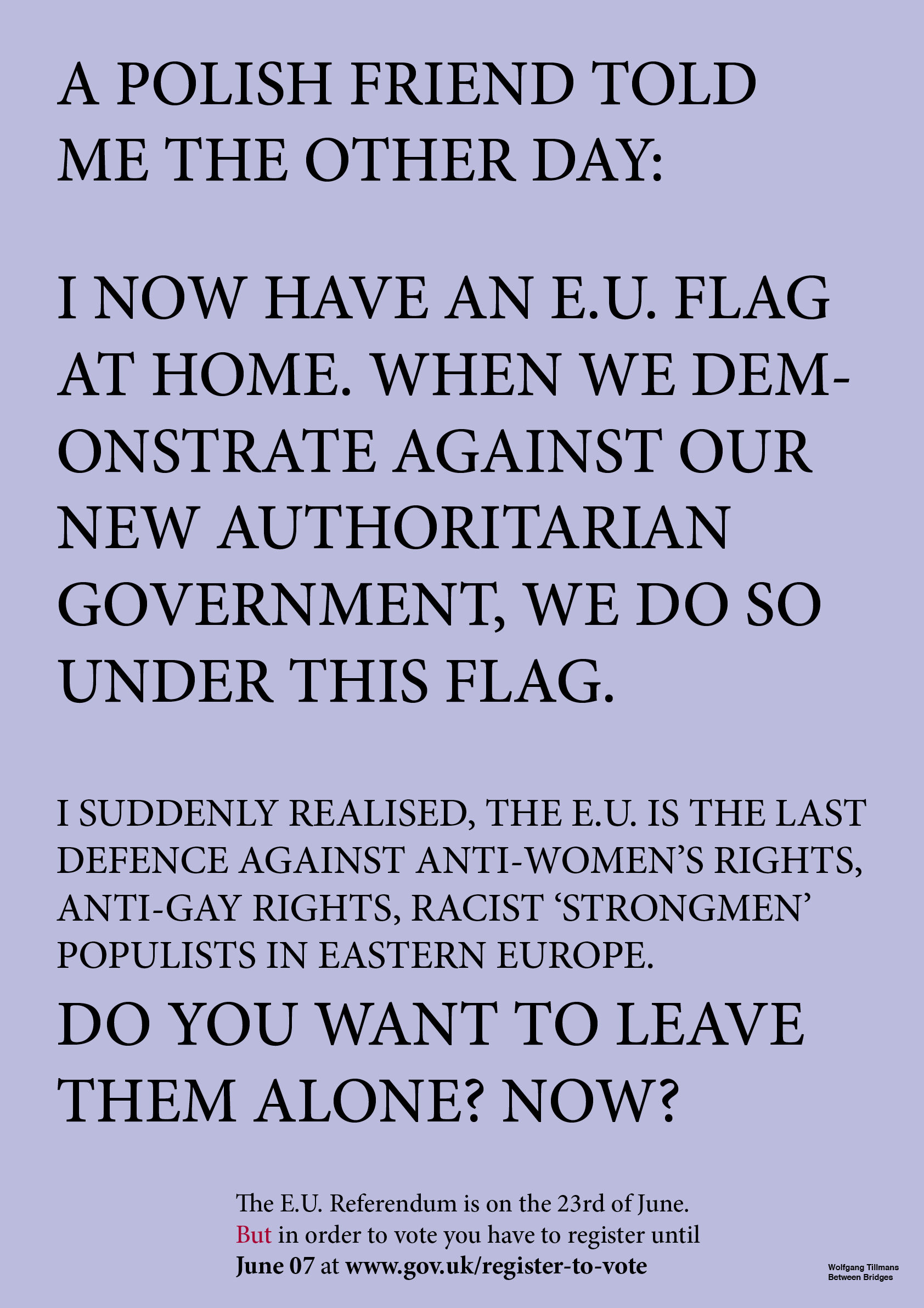 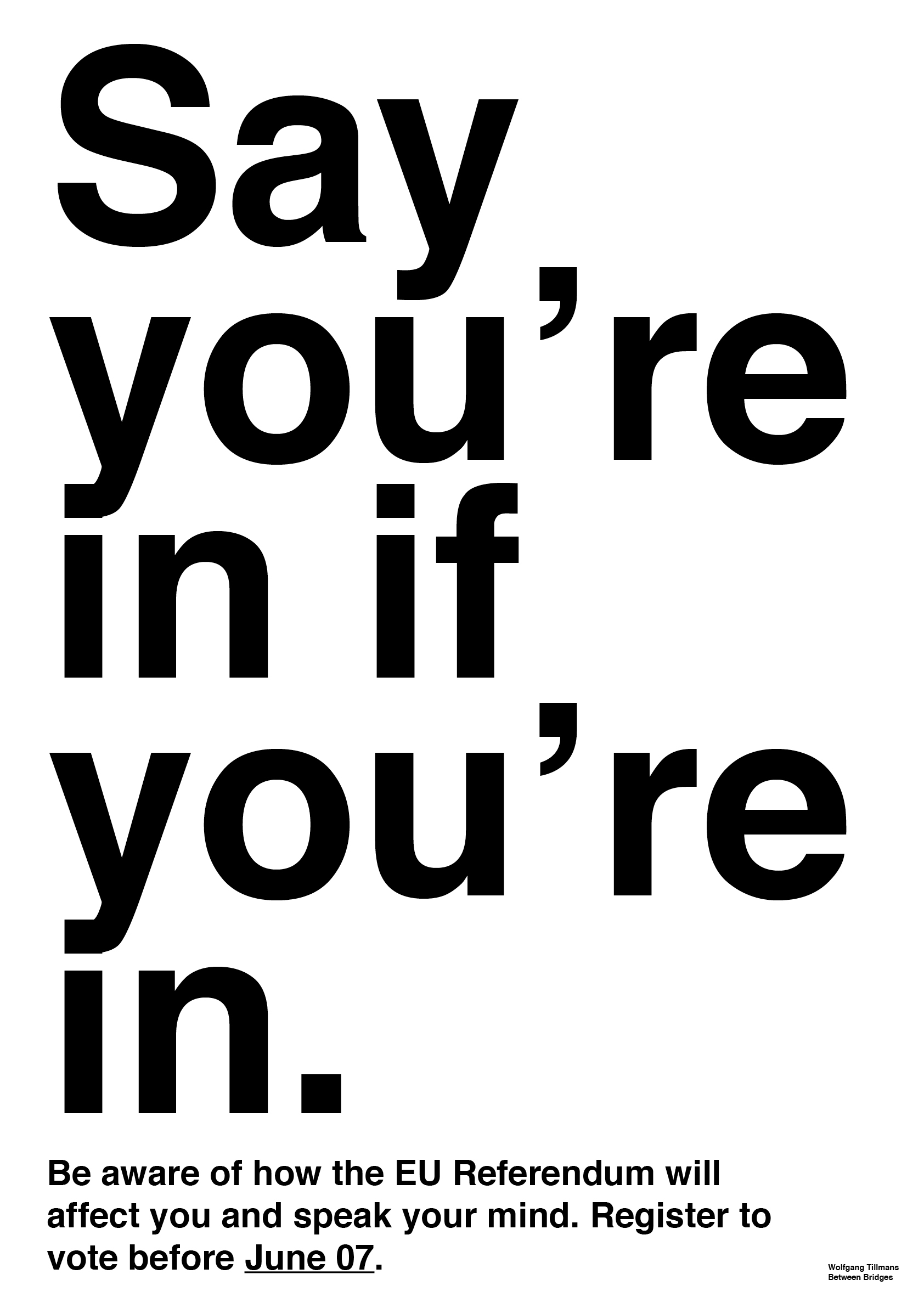 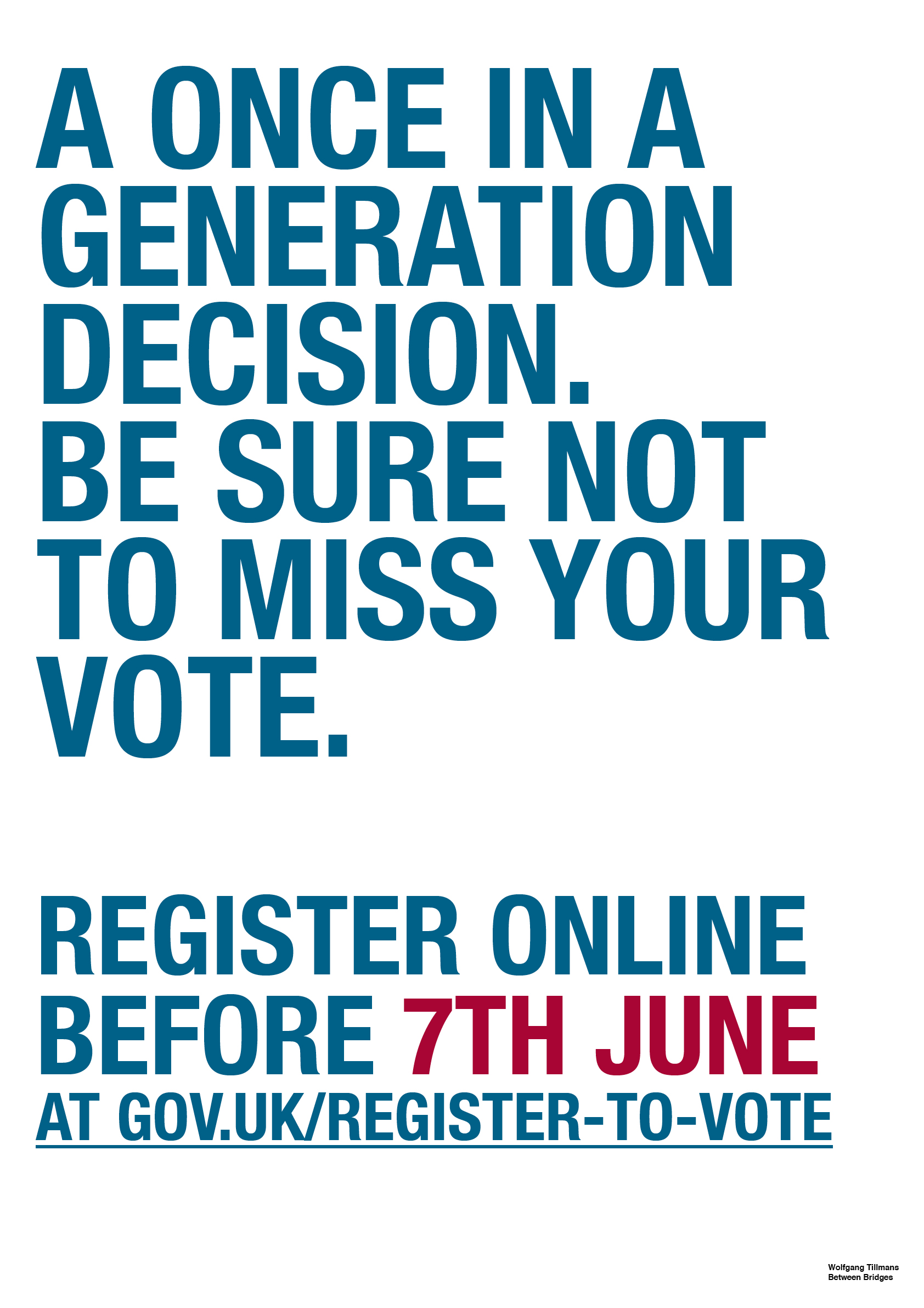 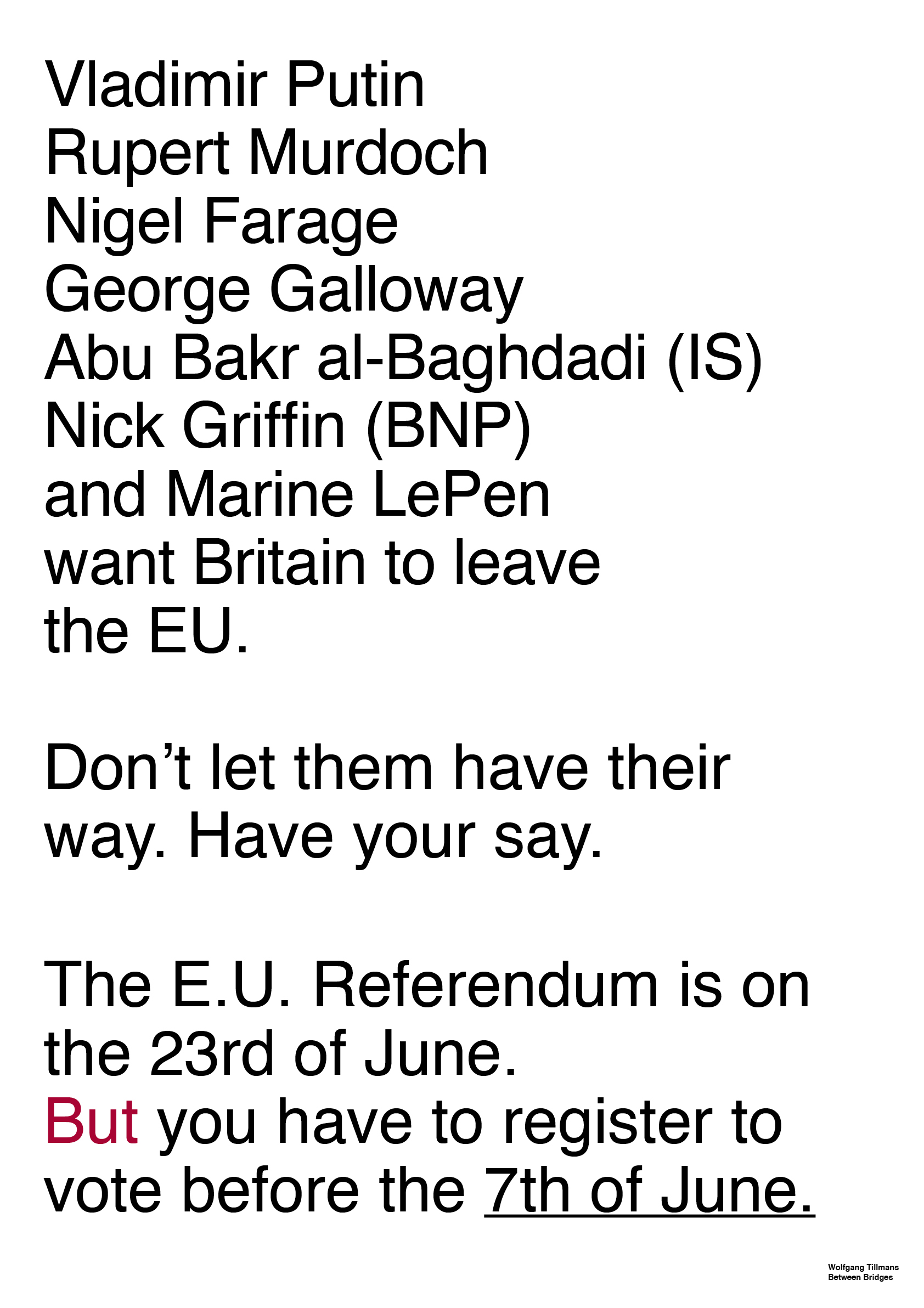 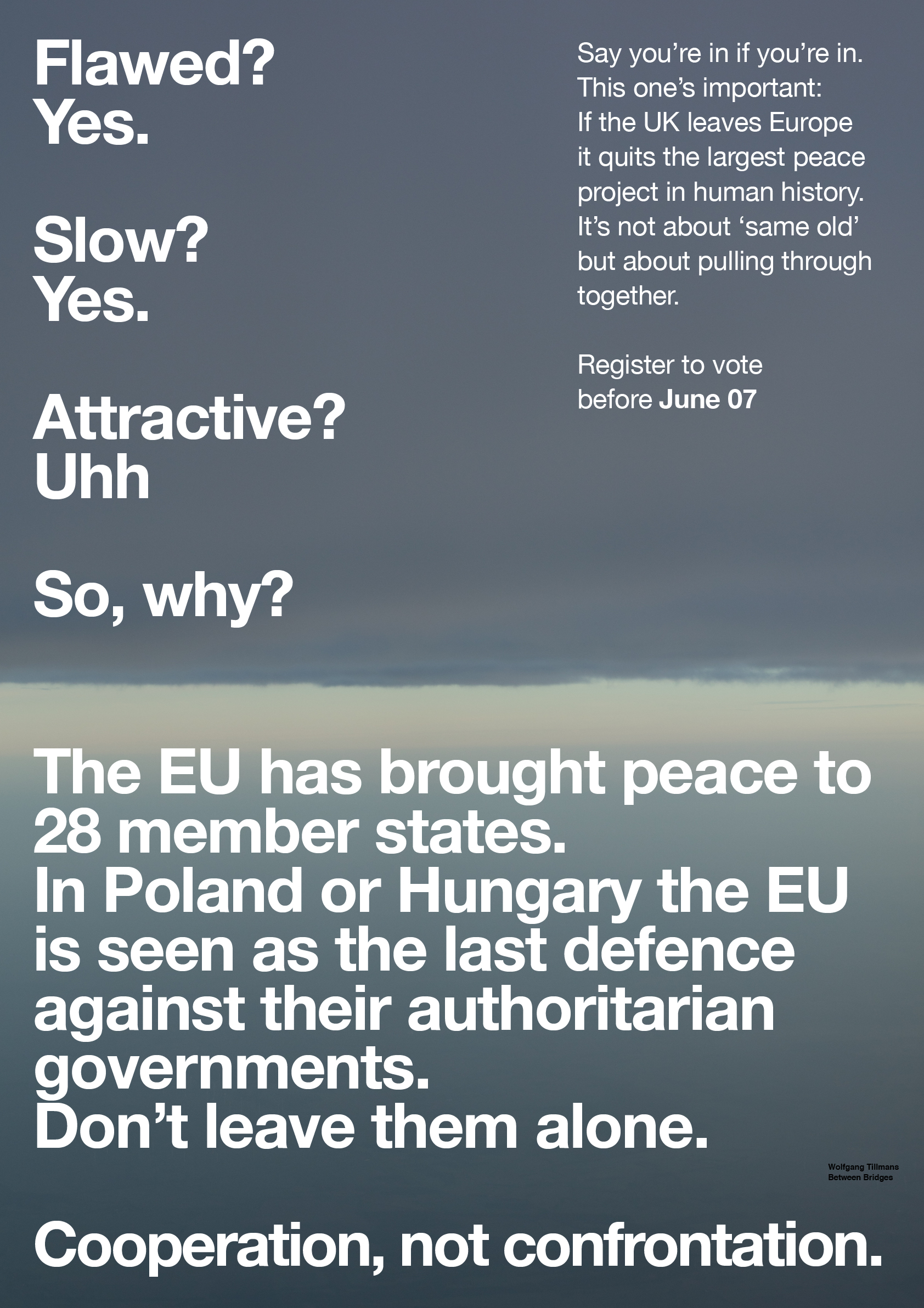 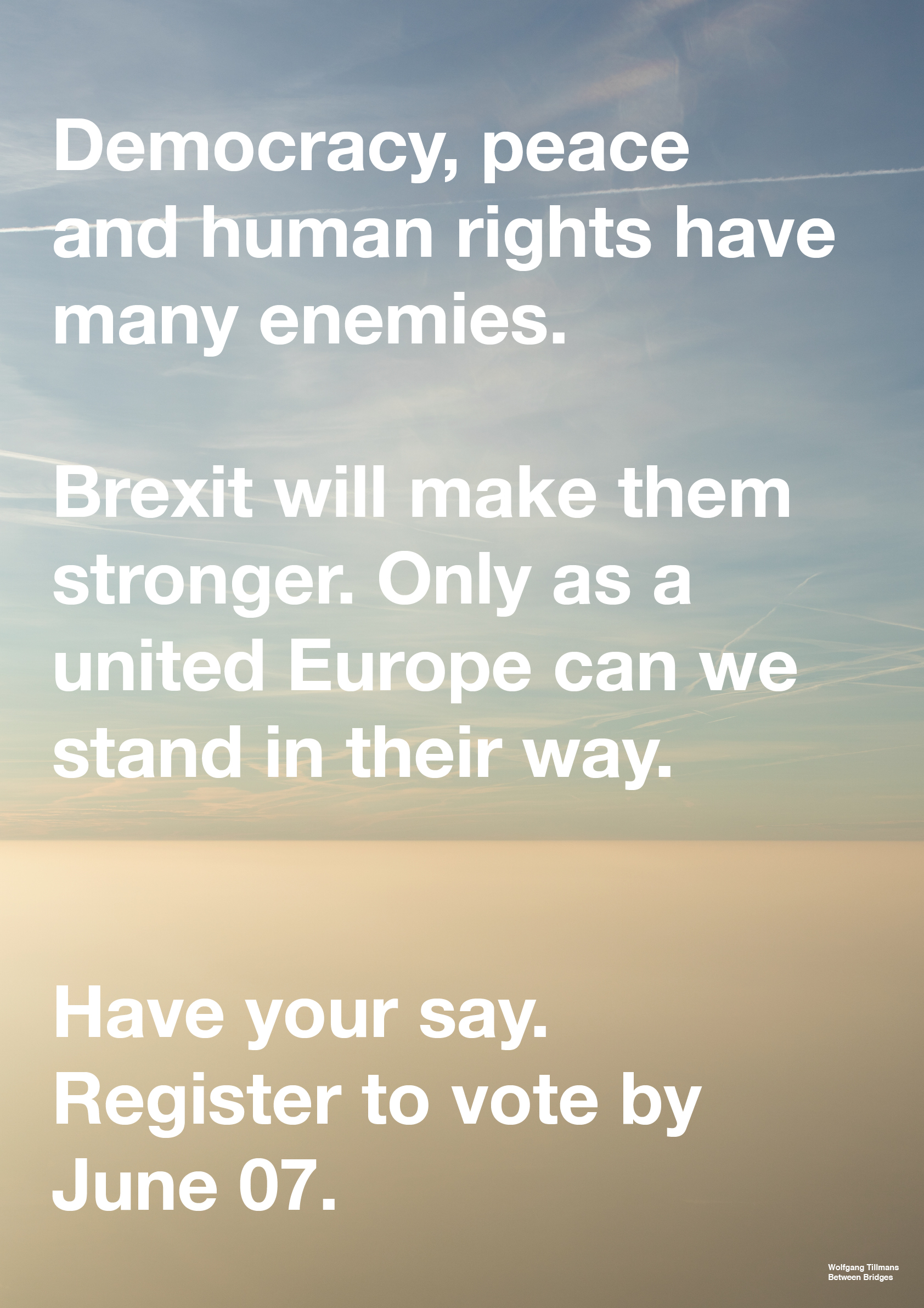 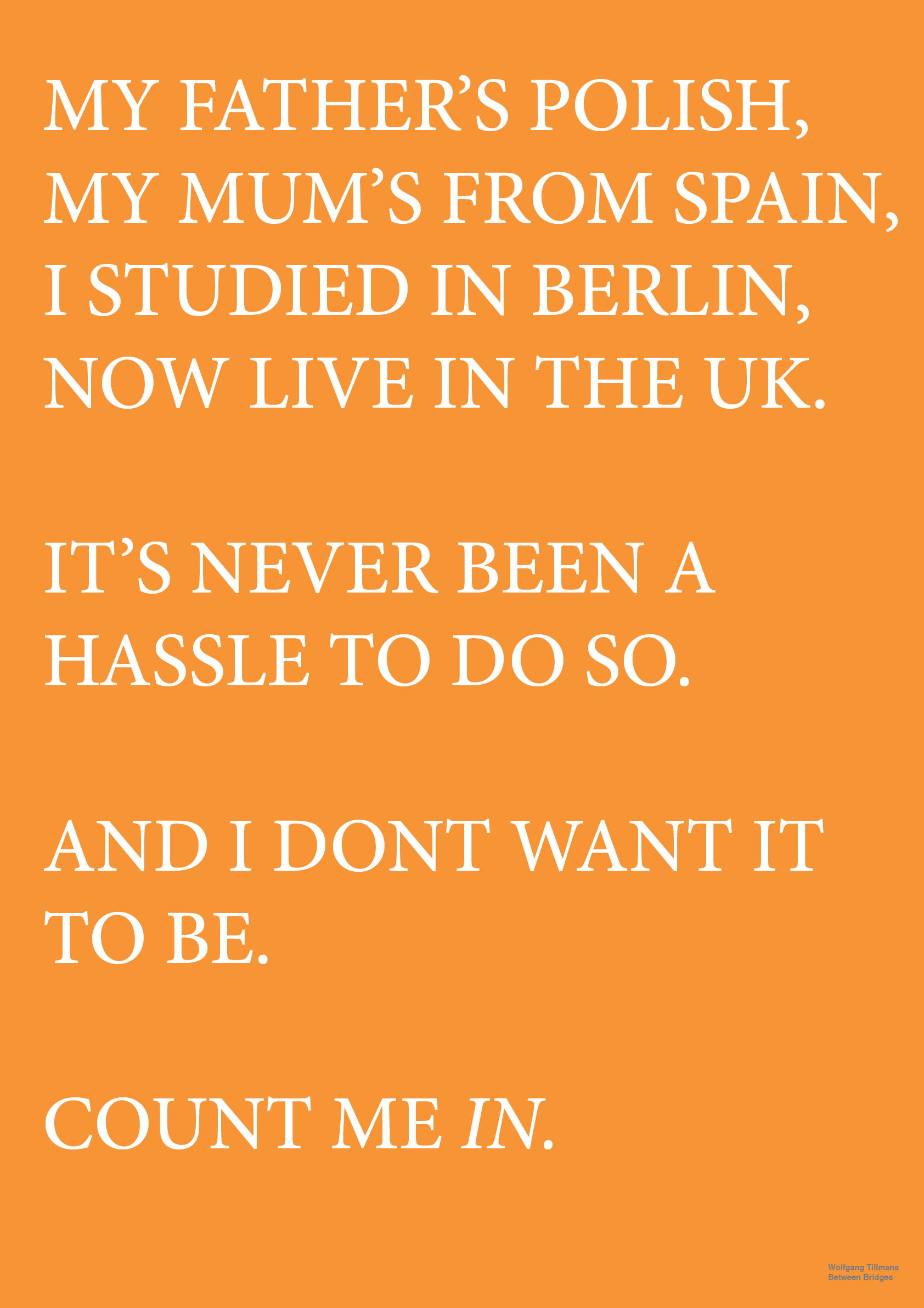 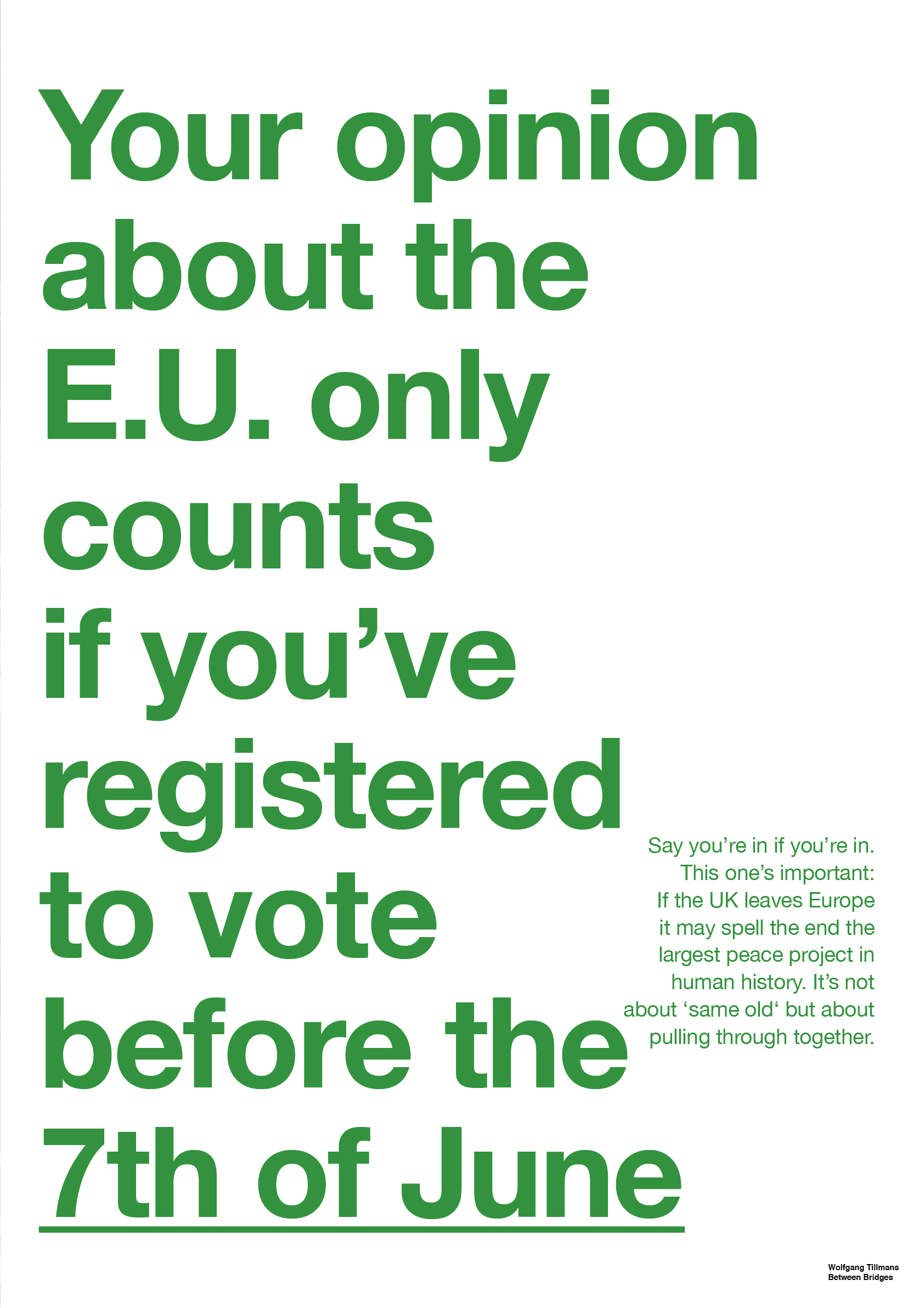 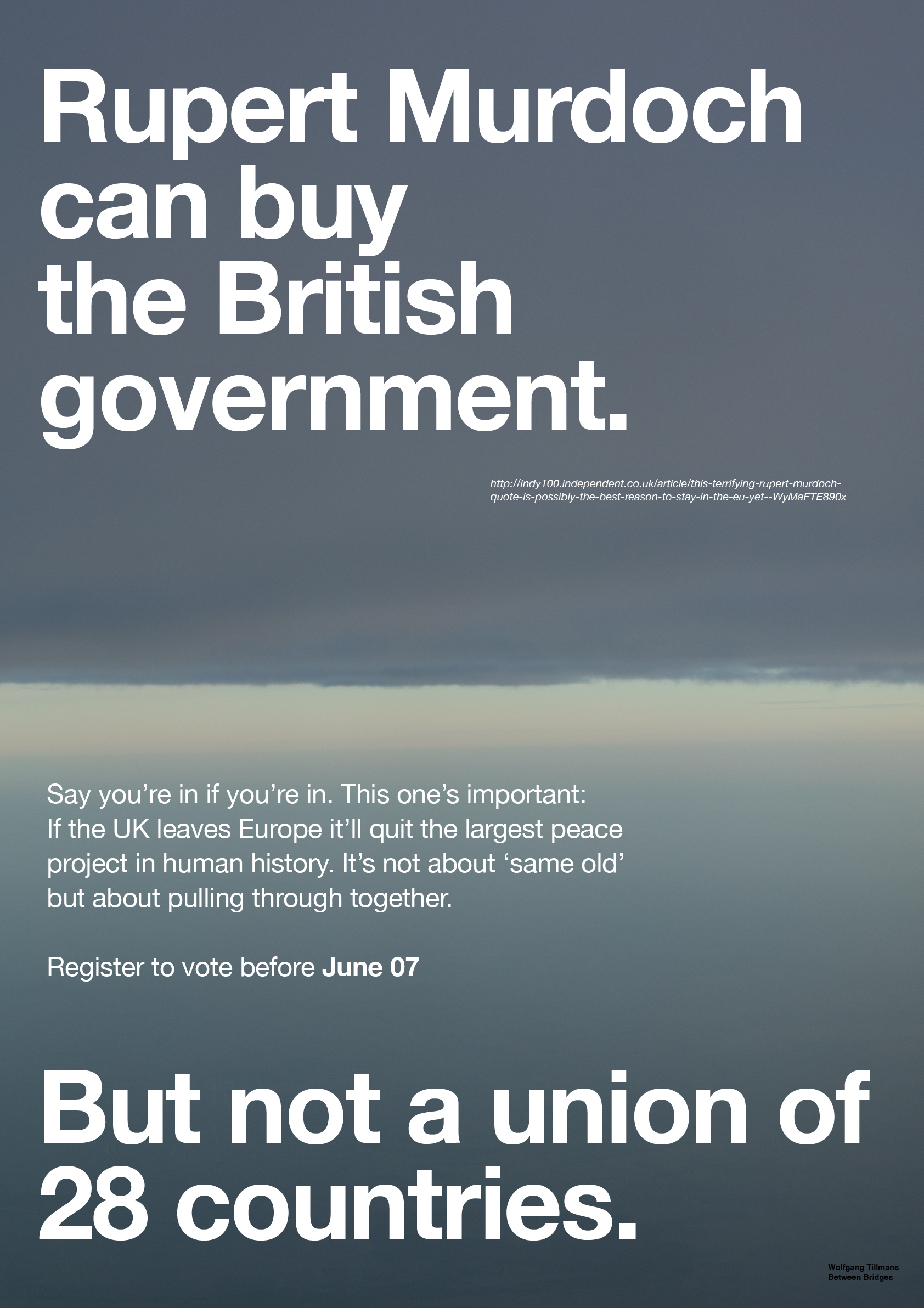 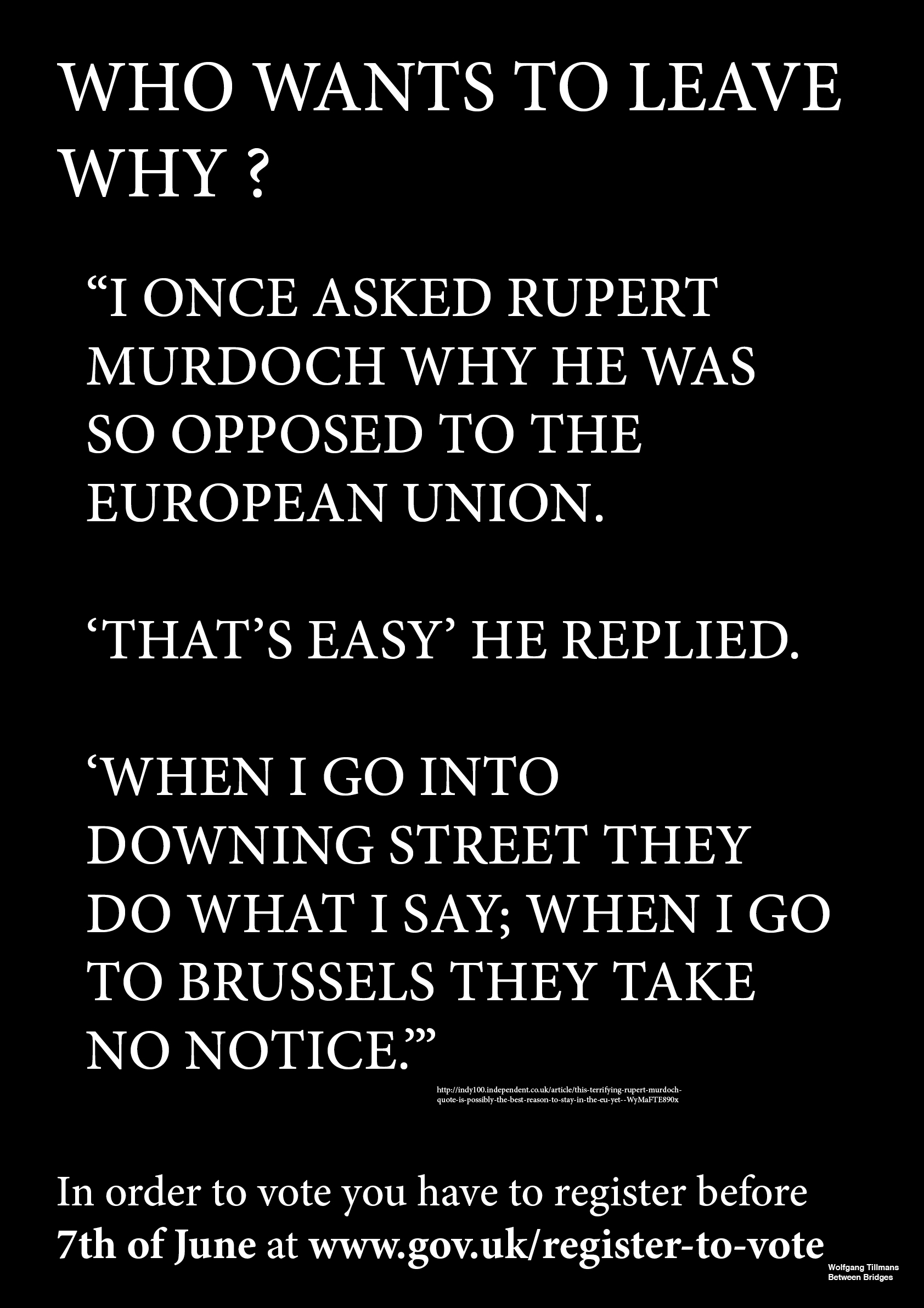 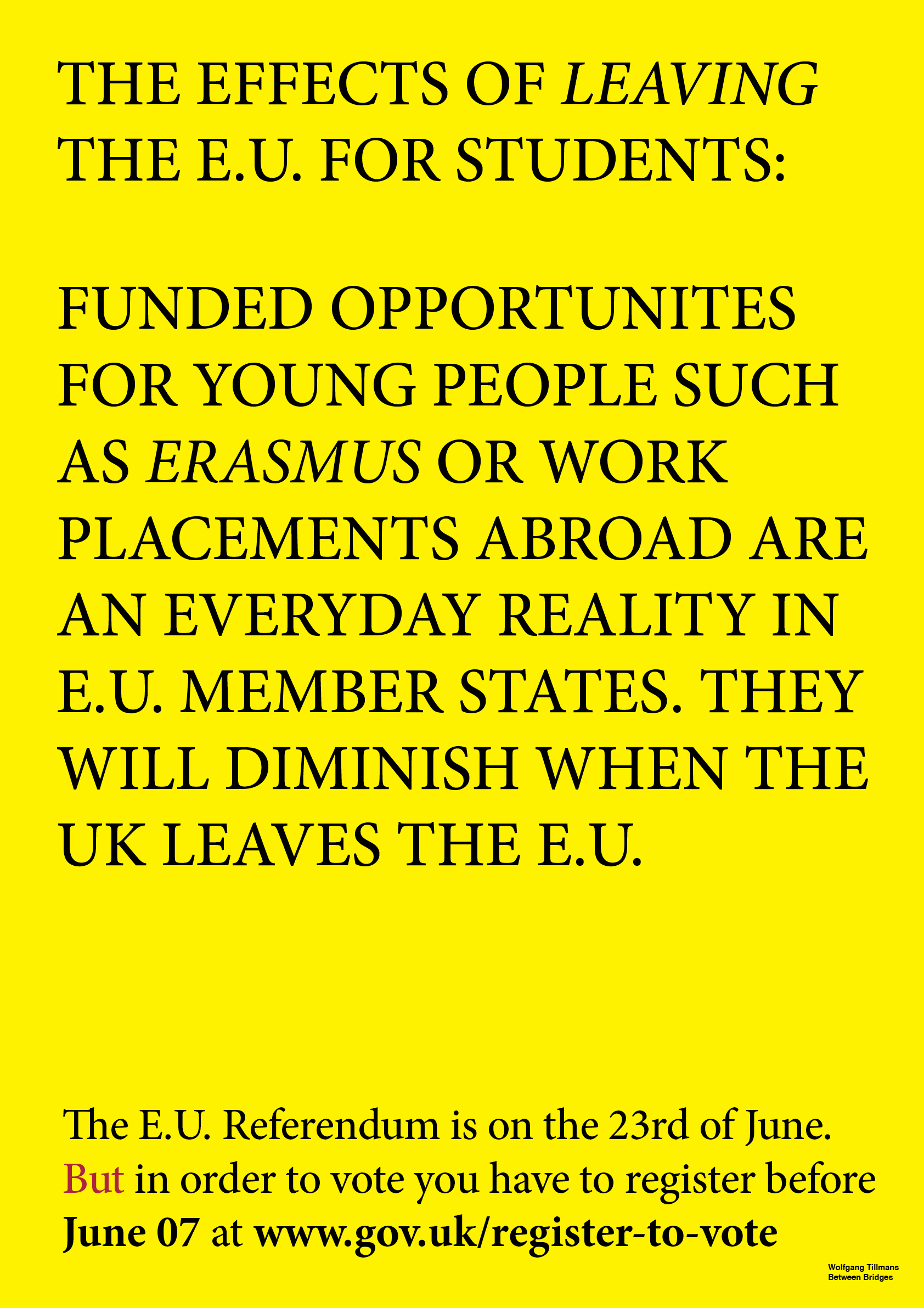 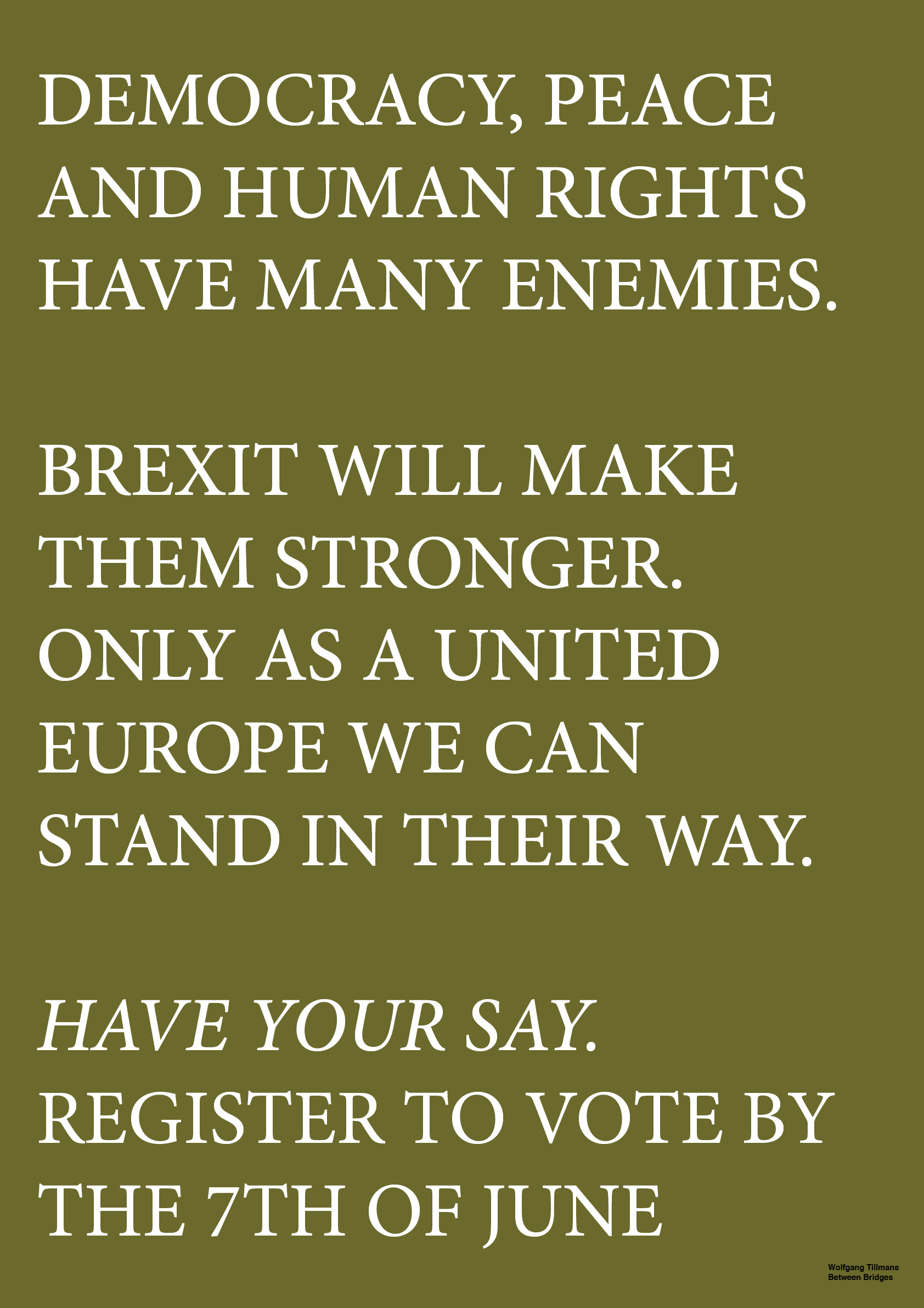 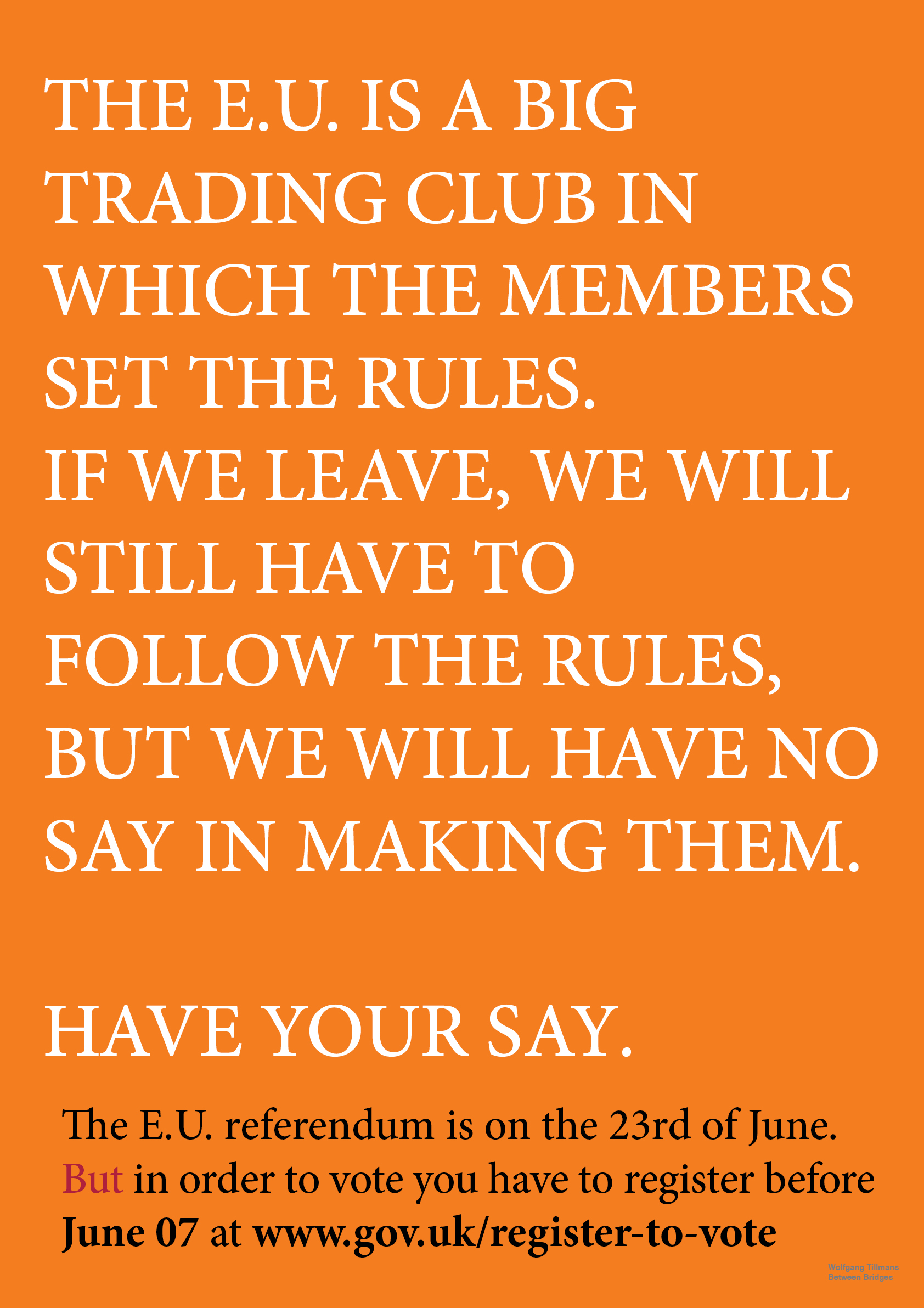 Wael
Eman Mohammed – The Courage to Tell a Hidden Story