Eman Mohammed – The Courage to Tell a Hidden Story 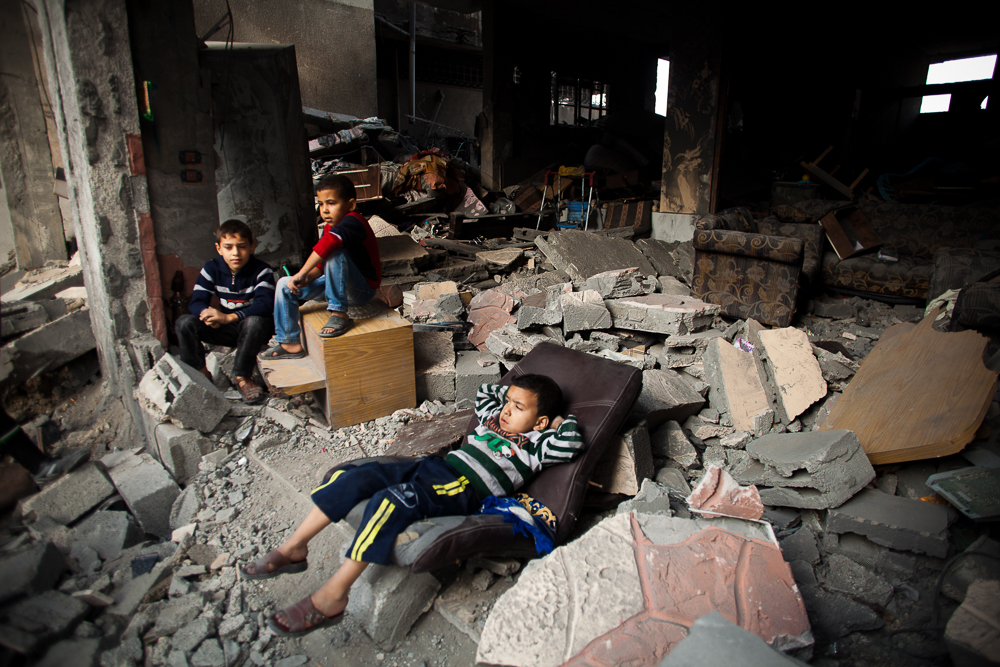 Baraa Azam lying infront of his destroyed house after an israeli airstrike flattened the place at Al Zaitoun area in Gaza city, Baraa was slightly injured during the air strike and after going back home found out his room and toys were all gone, he keeps on asking “how will the bus of school manage to pick me up with all the rubble around ? ” his mother says. 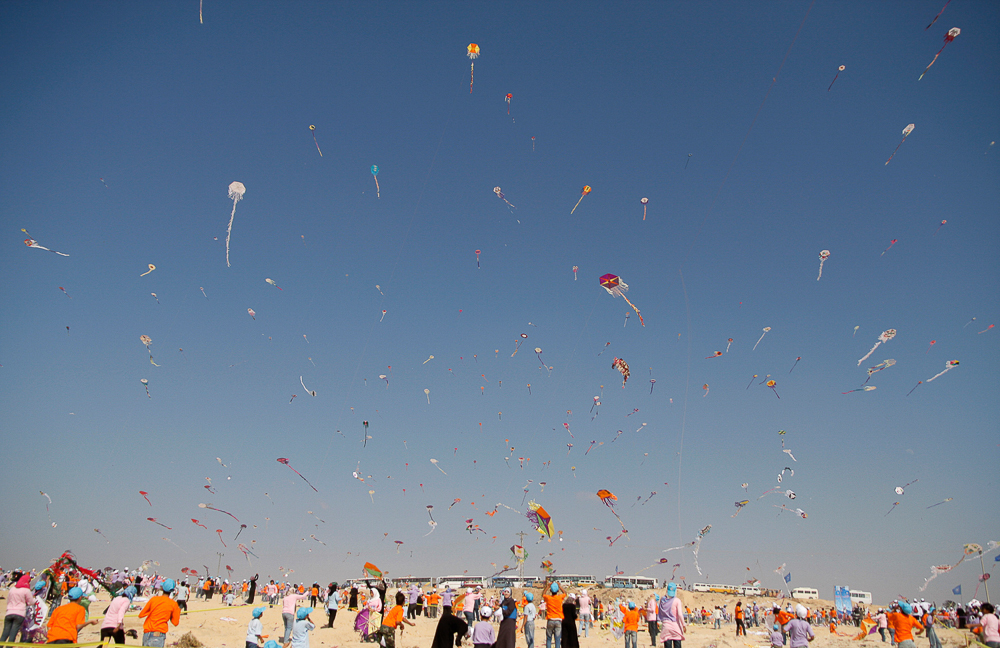 Palestinian children flying kites on the beach of Gaza during a UN-sponsored summer camp festival in the city on July 30, 2009. More than 6,000 children in the Gaza Strip sought to break the Guinness World Record for kite flying in a rare moment of respite from the war-battered enclave’s daily life 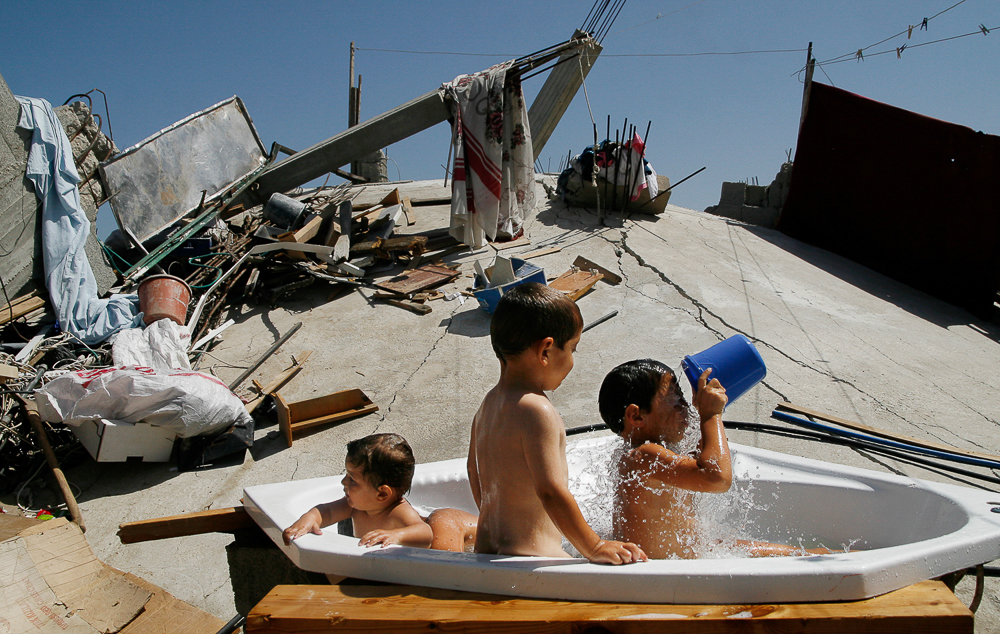 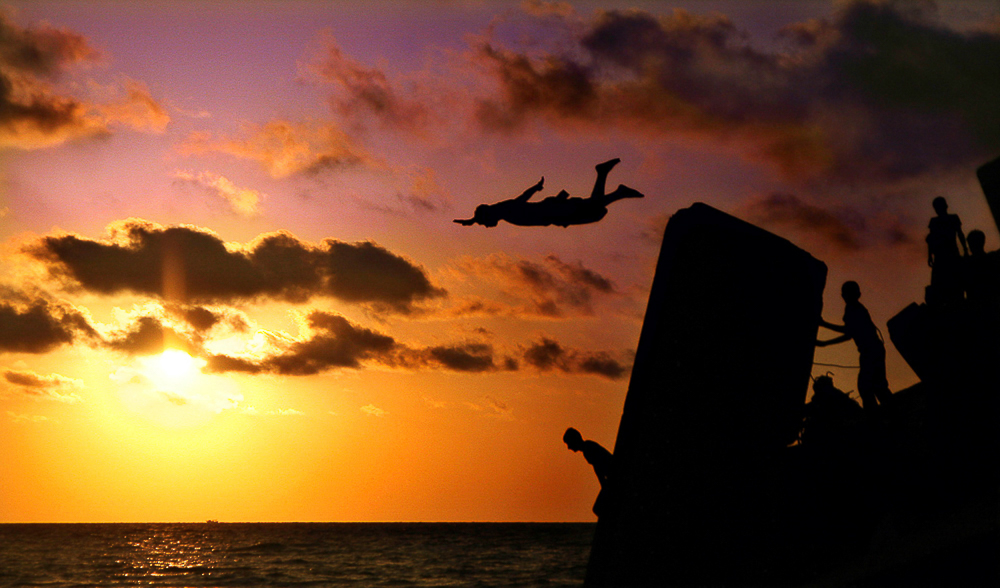 Palestinian young children gathered by Gaza’s sea port while waiting for their turn to jump into the water at sunset time. 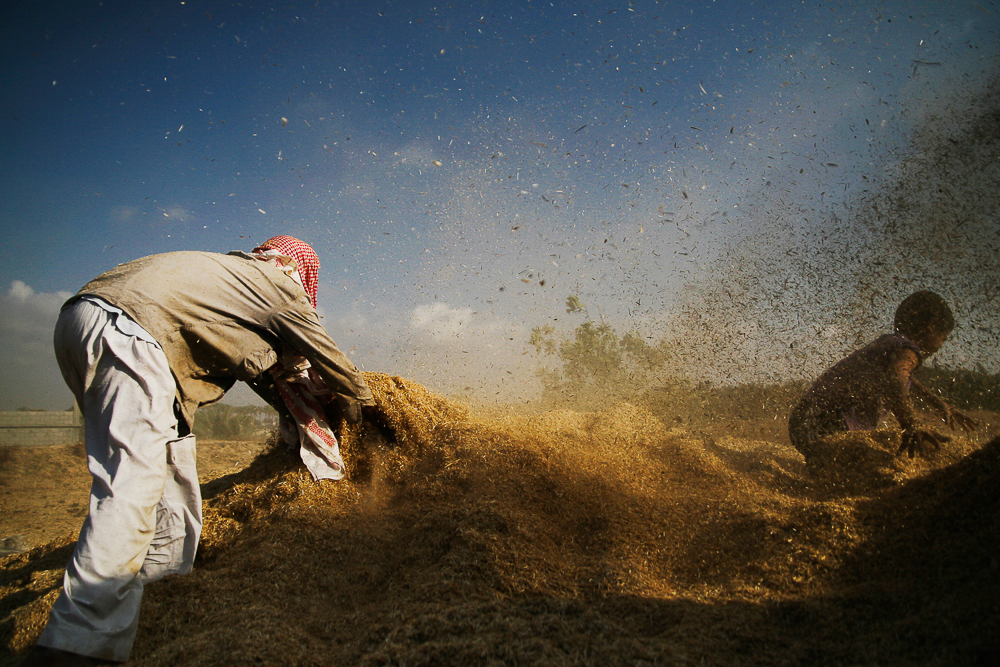 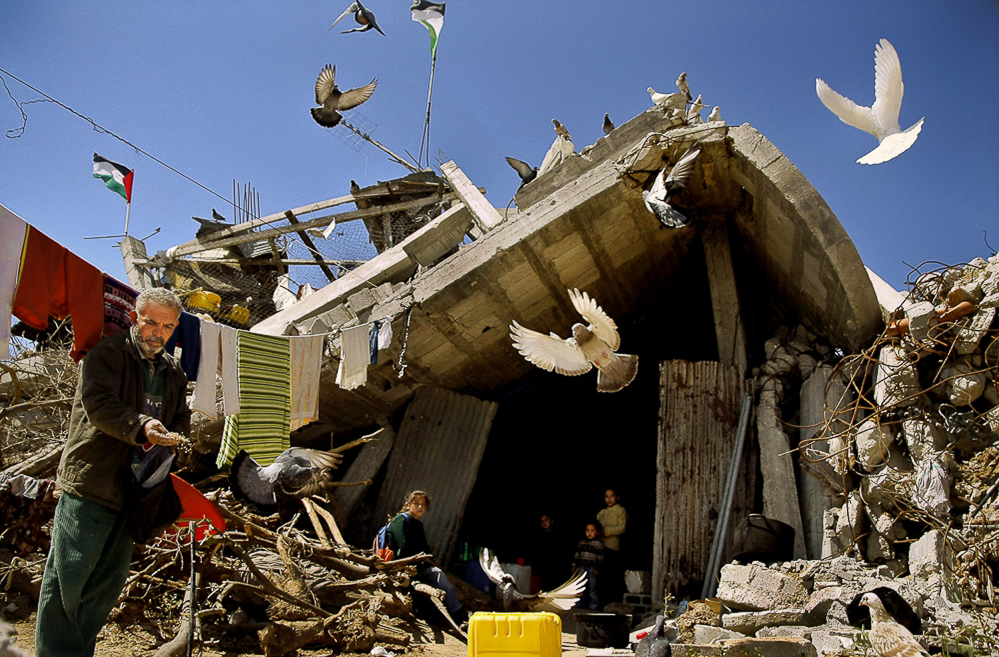 Mohammed Khader feeds pigeons in front of the remains of his house, which was destroyed during Israel’s 22-day offensive that ended in January, in Jabaliya, northern Gaza Strip, 16 March 2009. Khader, his wife Ebtesam and their seven daughters live without electricity or main supplies. 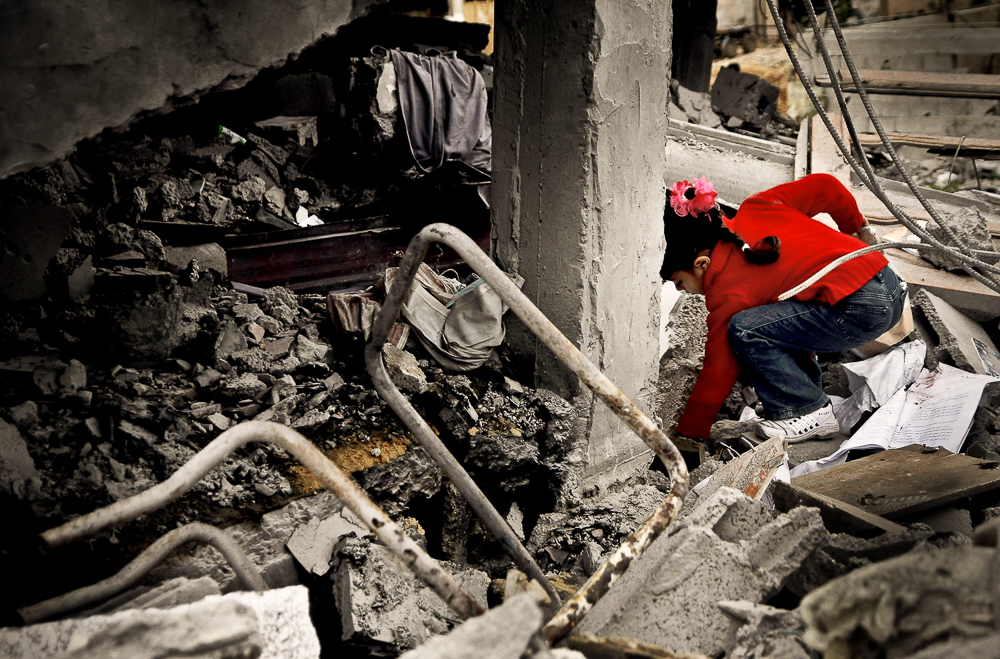 Palestinian little girl searching through the rubbles of her things after her house was totally destroyed during the israeli field operation in Gaza’s war Dec.2008-Jan 2009. 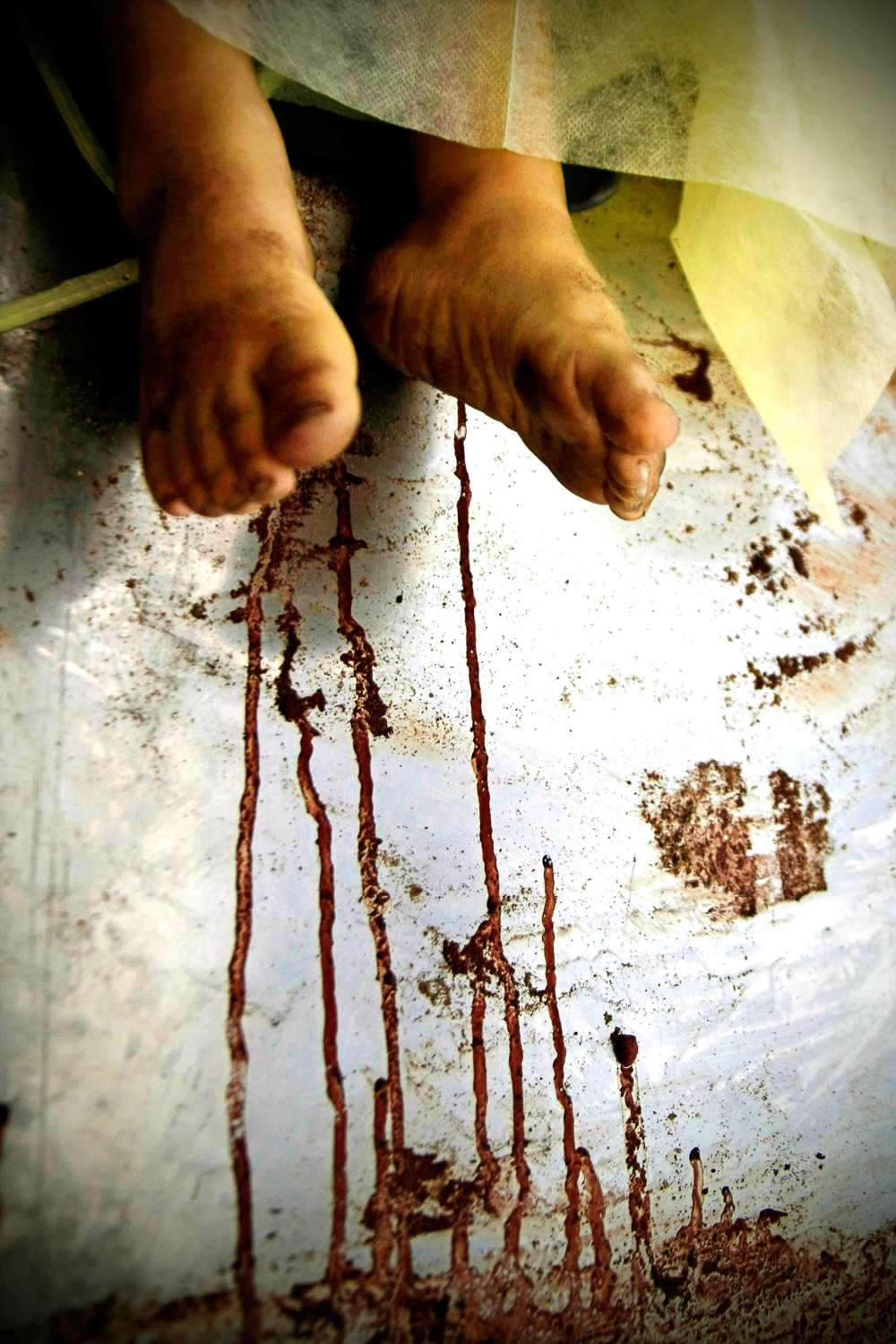 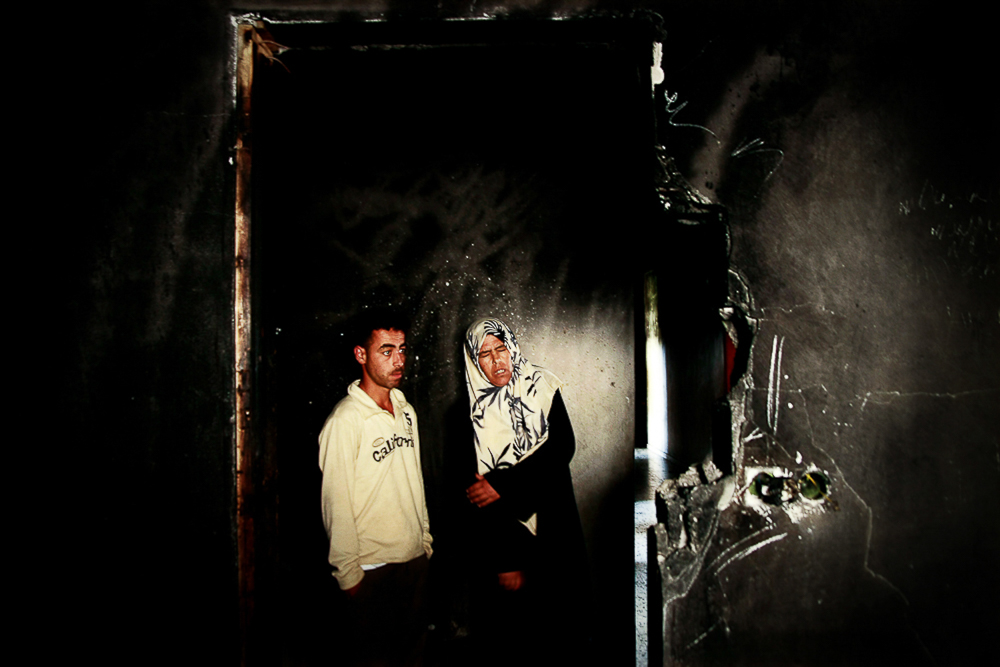 Sabha Abu Halima and her son Ahmed Abu Halima in their house which was mostly destroyed by fire by phosphoric bombs which were used by the Israeli war planes during Gaza recent war 5 May 2009 .
Sabha, her son Ali and grand-daughter Farah 2, were seriously burnt after being exposed to the phosphoric bombs inside their house, while the father of the family Sa’ad Alah Matr Abu Halima was killed with 5 of his children. 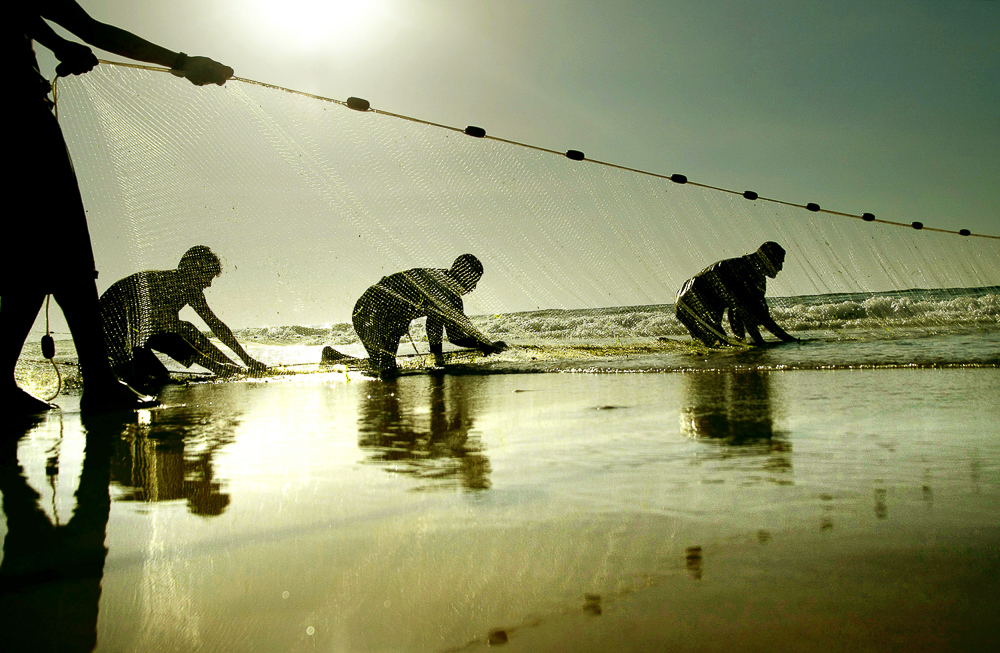 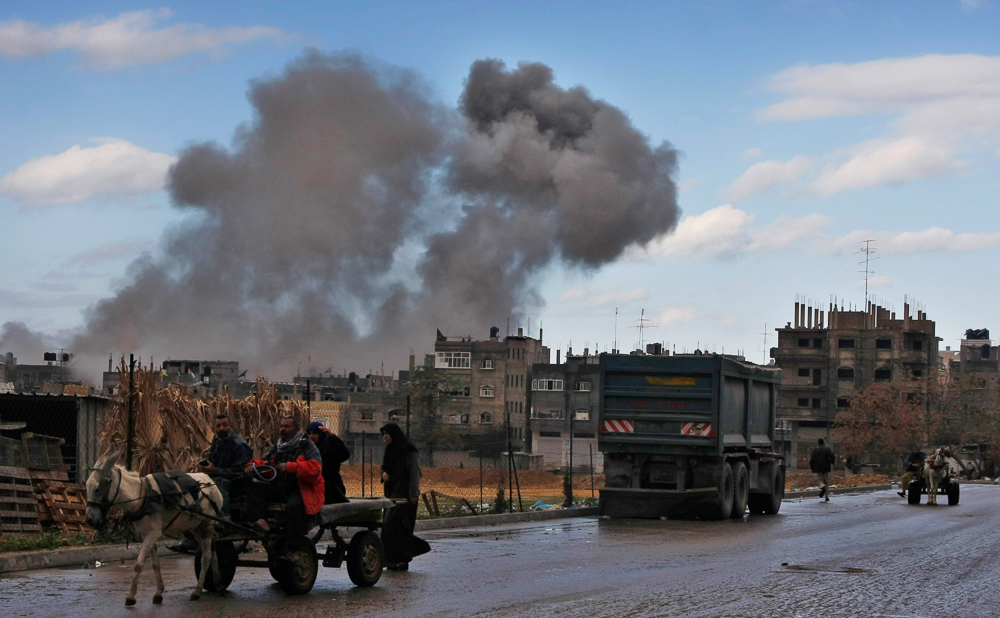 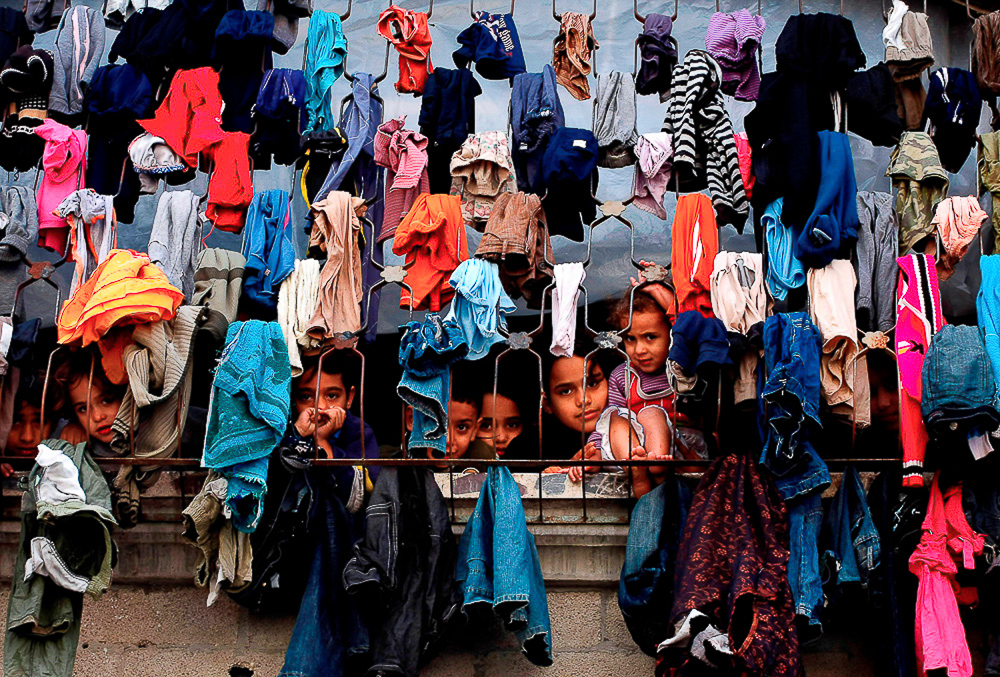 eight palestinian children from same family look out while a funeral ( not seen) passes by, as laundry spreads along their window. 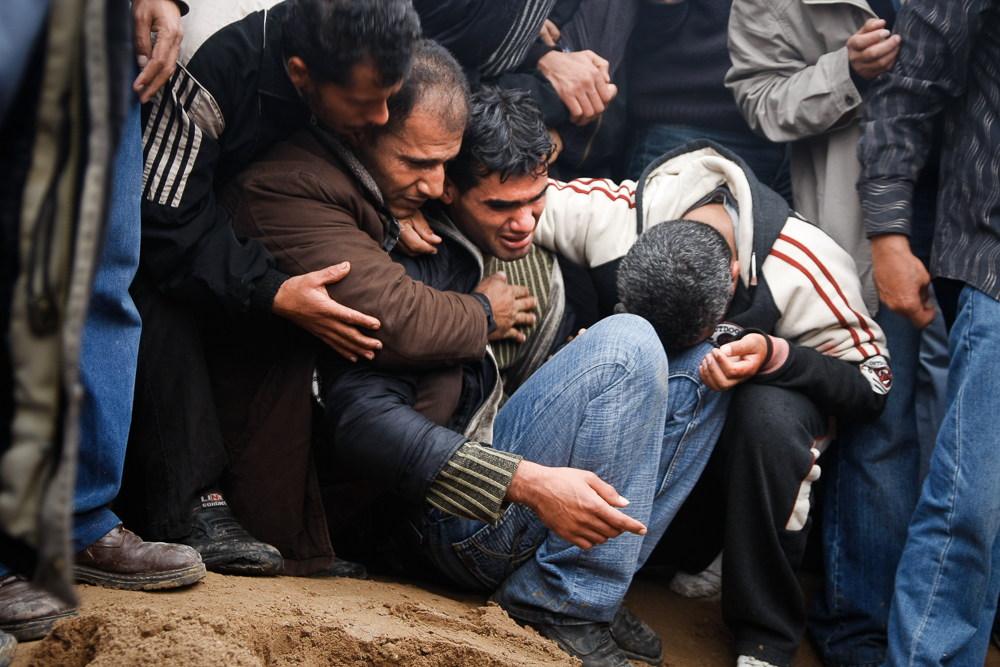 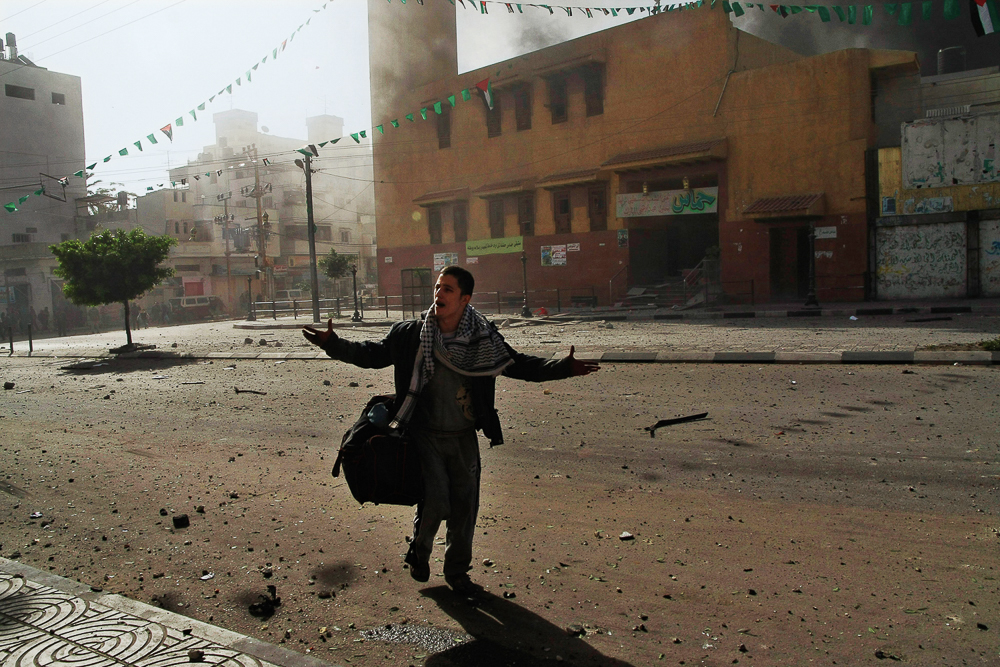 a Palestinian man screaming in horror outside Al Saraya police compound after it got shelled twice with two missles by the Israeli war planes on 28th,Dec.2008 during Gaza War last Dec.2008,Jan.2009
Black clouds of dust spread to cover the skies of the Gaza Strip in the early morning of Saturday 27th December 2008. After multiple Israeli war planes started a series of air raids in over than sixty different locations of police stations and compounds as the first day of a 23 days of war in Gaza started; Palestinian medical sources in Gaza declared that at least 1; 300 Palestinians were killed; nearly a third of them children; 14 doctors; 4 journalists; 236 others of policemen and 5; 500 injured in the Israeli operation; which began on 27 December 2008.; The estimation of the lands and buildings losses were assumed to be around 40 milliard dollars; officials in Gaza’s finance ministry confirmed .

Giles Duley – The Legacy of War